The complexity of the Australian tax system hides many loopholes, one of the most unfair is the fact that some of Australia’s wealthiest citizens pay negative tax. The tax office actually pays money to people who have paid no tax themselves, and these people are some of the wealthiest in the country.

It's time this perverse tax loophole was closed. 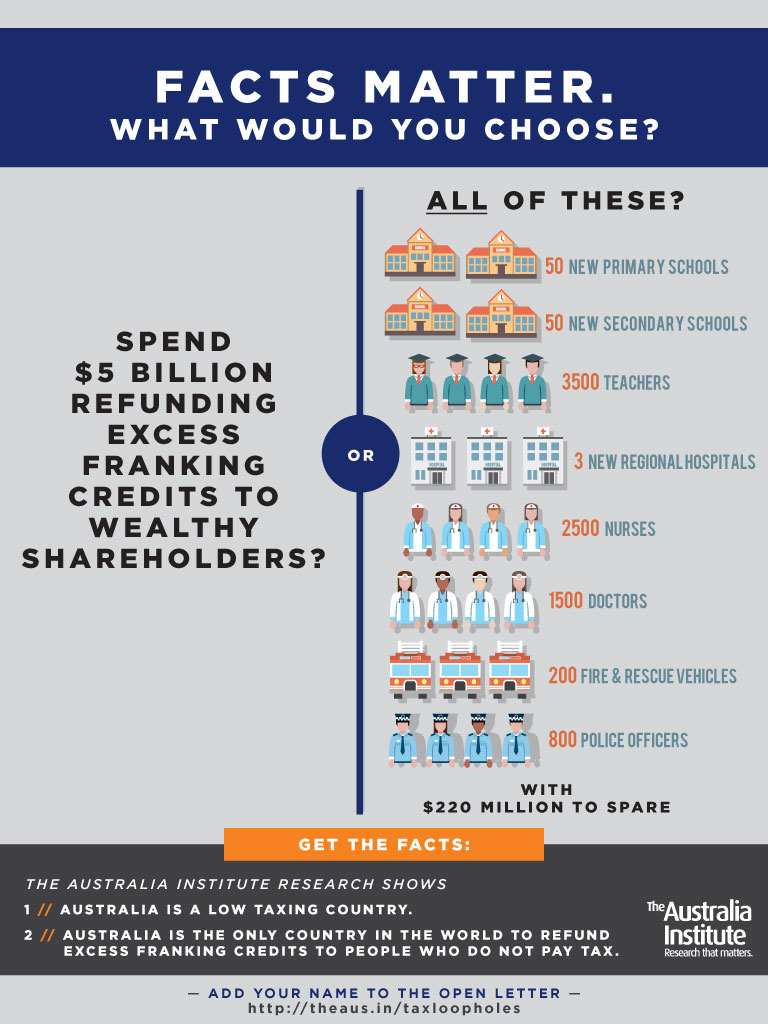 Call upon the Australian Parliament to guarantee that the tax system treats all Australians fairly and raises the revenue our community needs to fund vital services. Low income workers should not pay more tax than millionaires.

We call upon the Australian Parliament to abolish the practice of providing cash refunds for unused franking credits to people who pay zero tax, introduced by the Howard Government in 2000.

The policy mainly benefits the most wealthy of Australians and no other country does this. Currently, the Federal Government spends more on refunding franking credits than it does on funding public schools.

It's time to end this tax bonus for those who pay no tax.