No New Coal Mines in Tasmania

Tasmania is a renewable energy powerhouse, but the state government is taking Tasmania backwards.

It recently gave a grant of $50,000 of taxpayers' money to a Western Australian company to explore for coal deposits in Tasmania's Southern Midlands.

Australia Institute research shows this project does not stack up economically or environmentally:

The Palawa people of lutruwita, who have cared for this island for thousands of generations, have been making calls for protection of country for a long time.

This is the wrong project in the wrong place at the wrong time, will you add your name to our open letter?

To the Premier & Opposition Leader of Tasmania --

We must listen to the scientists on climate change and:

2 // Prioritise our productive landscapes over new coal mines. Tasmania is blessed with rich arable land that has fed people here for over 40,000 years. We cannot threaten this by building new coal mines that will compete for water

3 // Cease taxpayer-funded subsidies for fossil fuel projects. Every dollar of taxpayers' money spent subsidising new coal mines is a dollar that can't be spent on hospitals, schools and other services Tasmanians rely on.

BREAKING: Norwegian company Equinor has dumped its plans to drill for oil in the Great Australian Bight. 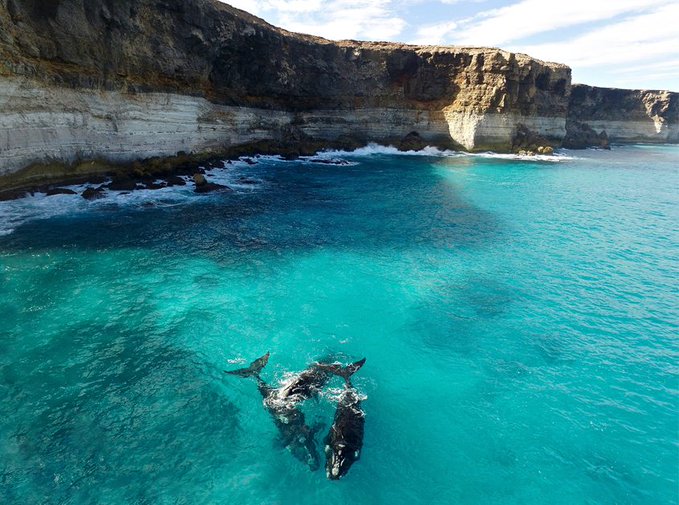 The Great Australian Bight is a marine environment of almost unparalleled ecological significance off the southern coast of Australia.

The Bight is an area of major cultural importance to the Mirning people, the traditional custodians of the land, a globally significant nursery for the endangered southern right whale and it acts as a sanctuary for critically endangered southern bluefin tuna, Australian sea lions, great white sharks, albatross, turtles, and seahorses.

Australia Institute research has shown that:

Now it's time for the government to pursue Word Heritage status for the Bight and protect it from drilling forever.

If drilling is allowed to go ahead, billions of barrels of oil are expected to be burnt, turbocharging global warming at the exact time we should be drastically reducing carbon pollution.

Australia Institute research has also shown that 60% of Australians and 68% of South Australians are opposed to drilling in the Bight[3].

Call upon the Australian Parliament to protect the Great Australian Bight from exploitative oil drilling that will put at risk thousands of jobs, as well as huge swathes of the Australian coastal and marine environment.

We call upon the Australian Parliament to legislate to protect the Great Australian Bight from oil drilling and to officially begin the process of declaring the area a UNESCO World Heritage Site.

The Great Australian Bight is an environmental treasure of national and international significance. Allowing companies to drill for oil in the Bight would accelerate global warming by further increasing Australia’s carbon emissions, put tourism, aquaculture and fisheries jobs at risk and endanger an essential marine ecosystem that acts as one of the most important whale sanctuaries in the world.

It is time to protect the Bight and the regional economies that rely on a healthy ocean to survive.