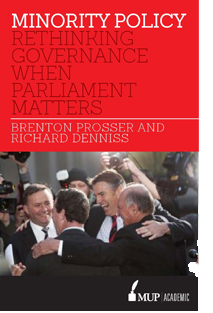 After a period of minority in both houses of the Australian parliament and as the Abbott Government faces the most complex Senate in modern history, this book provides new insight into the supposed chaos on the hill. Do single issue MPs have too much power? Are back-benchers running the government? Is our democracy racing to hell in a hand-basket? Denniss and Prosser will delve into a reality of contemporary Australian politics, where previously marginal MPs have become key players in public policy. In doing so, they offer a new approach to linking policy studies with both political science and the real world of politics.