Politics in the Pub with Richard Denniss 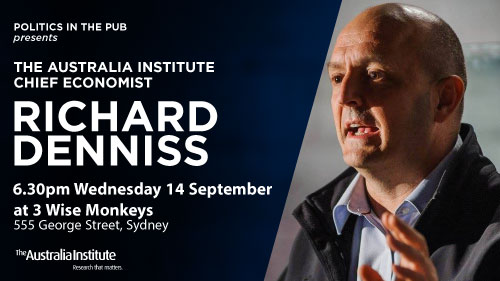