Politics in the Pub: Cathy Wilcox 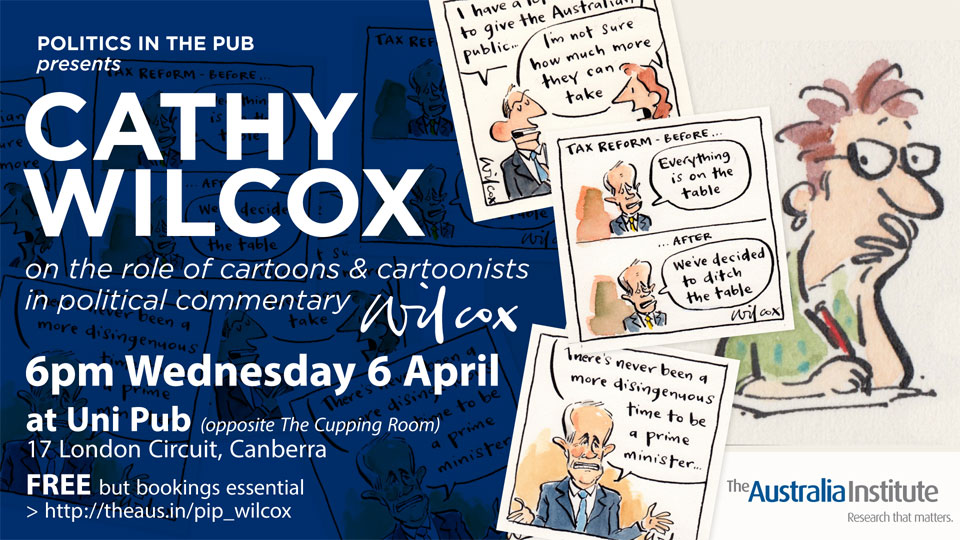 Join us for The Australia Institute's Politics in the Pub with multi-award winning Fairfax cartoonist, Cathy Wilcox to discuss the role of cartoons and cartoonists in political commentary.

One of Australia’s most accomplished cartoonists, Cathy Wilcox has drawn for The Sydney Morning Herald regularly since 1989, and more recently for The Sun-Herald.

Wilcox has received several Stanley Awards, the National Museum of Australia’s Political Cartooning award in 2009, and won the 2013 Walkley Award for Best Cartoon for her Sydney Morning Herald illustration “Kevin cleans up”.

Wilcox has also has published two collections of cartoons, Throw Away Lines and The Bad Guys are Winning, and drawn for many other publications including children’s books.