Politics in the Pub with Richard Denniss: Brisbane

Join us for Politics in the Pub with Richard Denniss, Chief Economist at The Australia Institute. 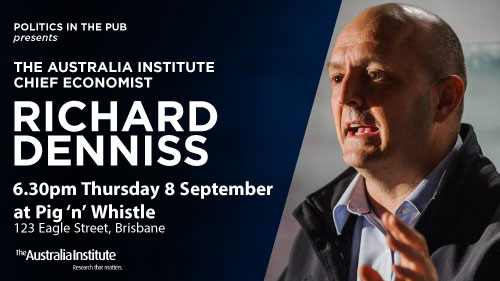